As you hopefully read a couple of days ago, Psalm 27:14 reminds us to take courage and wait for the Lord. Of course that’s good advice! But as I reflected on the rest of this psalm, I realized one of the most striking parts for me is the way the psalmist so explicitly names all of the things they’re up against.  Evildoers devouring flesh, adversaries and armies encamped. War and false witnesses breathing out violence… 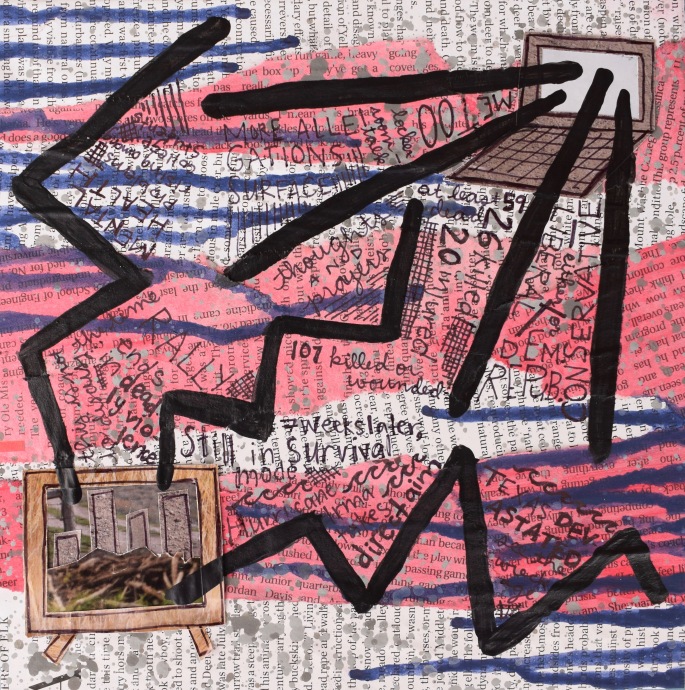 And still the confident claim…

I believe that I shall see the goodness of the Lord in the land of the living. 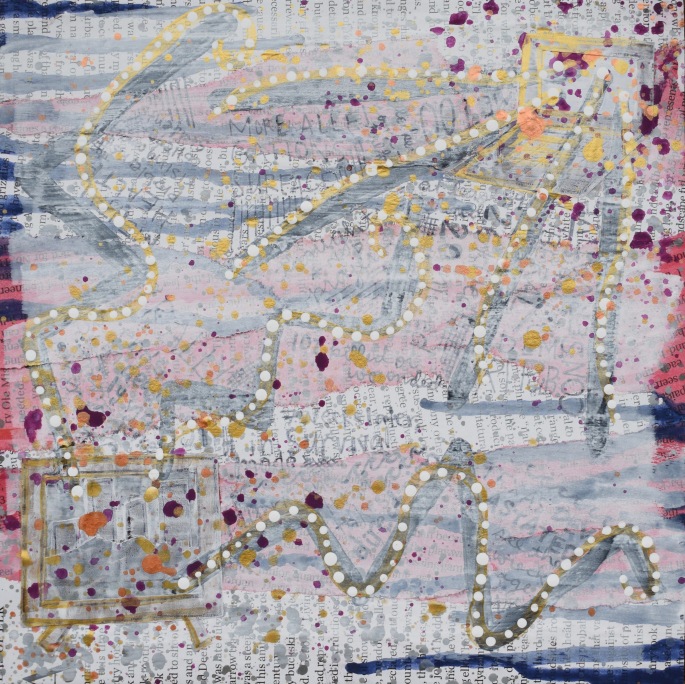 This is not a psalm about pretending that messed up stuff never happens. So, as I thought about what image(s) might best reflect on this biblical text, portraying the psalmist’s adversaries felt important. TV and computer screens screaming disasters both natural and human-made, headlines filling the space between the thick borders we draw around ourselves. There’s a lot going on. How are we supposed to spend a season focused on hope and love and peace in the middle of all that?

This is not a psalm about pretending that messed up stuff never happens. But it is a proclamation of God’s presence in spite of all of that stuff. So, in this visual reflection, that first layer is still visible even as calm washes over the relative chaos and as gold lines soften the harsher ones underneath. One of my favorite things about using gold paint is that it looks different from just about every angle. Sometimes it’s subtle, ordinary. But catch the light in just the right way, and it’s impossible to ignore. I feel the same way about finding signs of God’s presence in the world. Sometimes it’s obvious. Sometimes we have to look a little harder.

Click here to read more about this year’s devotional, including links to a printable PDF of the whole thing and this year’s Sunday Companion Guide. 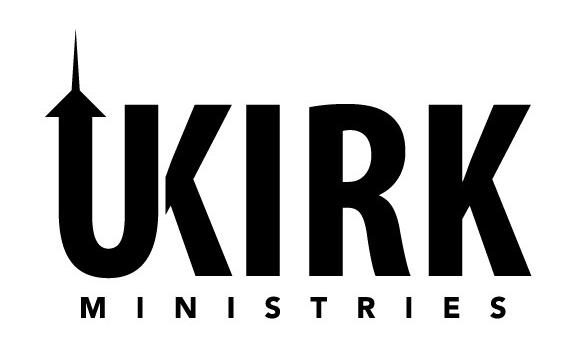